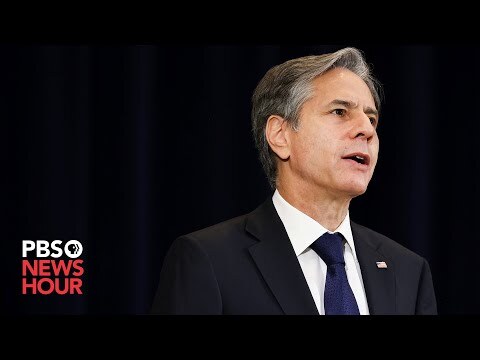 For the second day in a row, Secretary of State Anthony J. Blinken on Tuesday faced questions from U.S. lawmakers about last month. US withdrawal from Afghanistan And efforts to save people and deal with the future. Taliban government.

Blanken, testifying before the Senate Foreign Relations Committee, repeatedly defended the State Department and the U.S. military evacuation operation, which brought more than 124,000 people on board, including about 6,000 U.S. citizens. There were those who were in Afghanistan at that time, as well as weak Afghans.

Republicans, in particular, are surrendering to the administration that evacuated a chaos that eventually trapped thousands of people trying to flee.

“There’s not enough lipstick in the world to put on a pig,” said Sean James Rich of Idaho, a Republican on the committee.

The secretary also faced the question of how to deal with the Taliban-led Afghan government, which has so far shown itself to be as brutal as it was when it ruled the country in the 1990s. Was removed from public opinion. And imposed an extreme form of Islam.

“Let’s not make ourselves a child: there is no such thing as a reformed Taliban,” said Sen. Bob Menendez, chairman of the committee. “This group is badly trapped in the 14th century and has no will.”

“It seems impossible to recognize or legitimize such a government,” he said. Blinken says there are areas in which the United States should cooperate. With the Taliban – such as expelling people from the country – but this formal identity is far from over and it depends on what the leaders do.